You’ve got to be thinking Channel 5 have mixed emotions about this series. Did you know it was a series? It wasn’t that clear when Britain’s Favourite Chocolate Bar aired. But yes! BFCB was just episode one.

At least they bothered to flag Joe Swash for that. This time, the C5 website just announced a “host of celebrities”. Like they couldn’t finish the blurb because they were on the pavement outside the studio waving down passing B-listers. Fancy a tube of Smarties, sleb? In here.

Never mind. Even if they weren’t so keen, we were. Especially to see if the public vote, because it is one – though it’s a bit hazy whether it’s an independently monitored, YouGov-style poll, or just asking a few milling punters on a random high street – would come up with something a bit better than Cadbury’s bleedin’ Dairy Milk.

Also keen were – well, Joe Swash, Dom Joly, Hal Cruttenden (comedian), Angela Griffin, Jenny Powell and Louisa Lytton. They had all been on the first one, and they all seemed to be wearing the same clothes. Uncanny, that, and probably why the banter was a bit tired.

Joly had carried Chocolate Bar for Team Cerebral, but the best he could manage here was to say that Bon Bons looked curiously unBritish, a bit fancy, a bit pleased with themselves. You could see what he was getting at, but the fire was going out.

As a refresher, they’d binned off Su Pollard and a couple of others and dragged in Phil Tufnell, Trevor & Simon, Kim Woodburn (never has sweets down her sofa), Angelos Epithemiou (Dan Renton Skinner), Vikki Stone and Janet Ellis. A right starburst.

Fed up of sweets? Listen to the MMR #Veganuary podcast

They also had Basil Brush (puppet), who’s not a celebrity (he’s a puppet) and had the wrong voice, but who strikes a certain note with a certain demographic who like a certain type of sweetie.

And there’s the conundrum. The top 20 was studded with generic confections you get in jars, like number 20, Rhubarb & Custard. This might throw us, said Swash, because this is an older person’s sweet, like my mum. And then he disappeared because the next ones were too. Licquorice Sticks, Black Jacks, Sherbet Lemons. It had everyone reminiscing about jars. Then they visited an old shop with jars, in black and white, and got some children to suck up some Victorian values. A bit sour, the kids thought.

Then Starburst crashed in at 16, Swash came back, and everyone said they were Opal Fruits. You could see where we were heading here. Full Brexit. Hard luck, though, because Maoam (German) was at 15.

Jelly Beans appeared. Reagan used to give them to Gorbachev, said Joly, replanting the show in its demographic era. Candy Floss. Is that a sweet? Goin’ dahn the fairgrahnd, messin’ abaht, said Tufnell.

Tell you who liked this documentary. Swizzels. Not only did the get their Bumper Bag at number 12, they hosted a visit to their factory, where huge, slippery clots of gestating Parma Violets snake around like giant mutant slugs from Dr Who and couples fall in love to Love Hearts messages. And later they hosted the winner of a competition to create your own sweets. At the Swizzels factory.

I never thought it would be anything like this inside, said the winner, watching the big slugs going round. What then? More like a Kwik Fit depot, or a ballet school?

I can’t believe I’m making my own sweets, she said, making her own sweets in a sweet factory.  The sweet-making operative looked at her like she was mad. Which she conceivably was, as her idea was Great British Desserts – sticky toffee pudding, apple pie and custard and strawberry trifle. Still, they’ve done it.

Werther’s Original was number eleven. Where did they do this poll? Swash’s mum’s house? Werther’s – but no Fruitella, Chewits, Maltesers or Smarties?

Fruit Pastilles made it, though, at ten. They’re French really. Zut alors, said Janet. No one could help chewing, they all said. The whole thing was reduced to acting out the ads.

There was more reminiscing, about Pick ‘n Mix. Whatever happened to Woolworths, said someone, and that signalled we were at the end of the rope with nine to go. Swash launched into a long anecdote that culminated in the revelation that he used to kneel down and eat chewing gum off the pavement. Hopefully not between the two episodes.

Fed up of sweets and all prole food? Listen to the MMR #RoyalFamily podcast

Here’s the rest. Bon Bons. Haribo Tangfastics. Can’t believe Bon Bons are only a couple above Haribos, said Swash, forgetting they were only one above. Skittles. I don’t understand the world of marketing. It’s all … rubbish, said  Hal (comedian). Licquorice Allsorts. Wine Gums. Jelly Babies. Fudge (Just fudge in general). Eclairs. At this rate it was a fair bet Aniseed Balls would claim the top spot.

But no! It was Haribo Starmix. Modern. German, but made in Pontefract. It’s a really catchy song, it could be like a song for a toy, said Swash, singing The happy world of ping pong balls!

But are ping pong balls a toy? Then they all hit a pinata, and went home to change their clothes.

What will be Britain’s Favourite Episode Three? 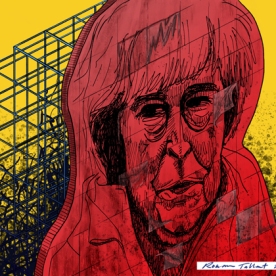 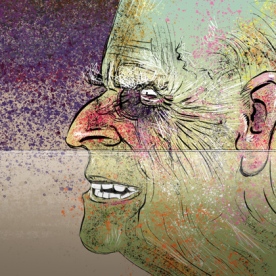 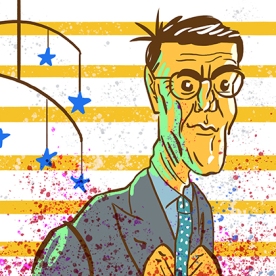 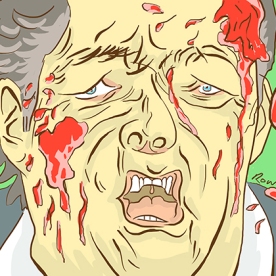 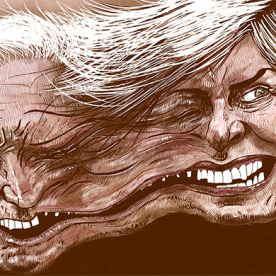 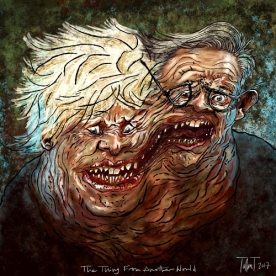