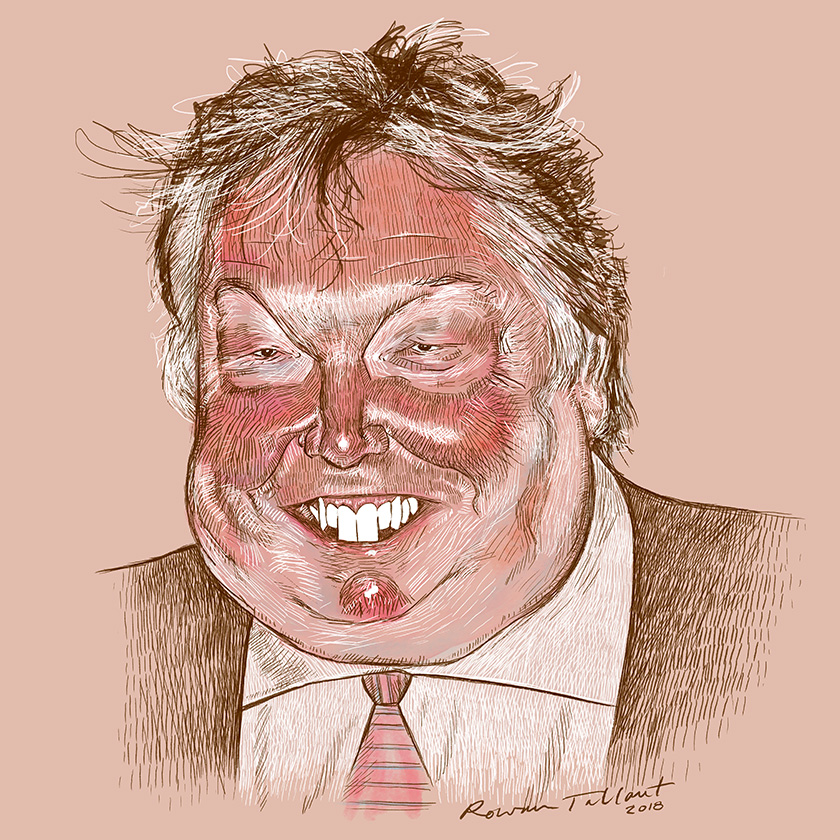 Nick spent a fair time ranting today in his usual entertaining style. In one brilliant improvisation he linked his disdain for netball (“Just walking holding a ball!”) with a withering reading of the BBC TV listings (“Repeat-repeat-repeat!”), all in the service of the over-75s who’re gonna lose their free TV licence.

No less than expected from the best early morning radio show. (And if anybody knows, I know. I’ve tried them all. Even BBC Scotland.) But Nick faces an existential threat. His habitat is endangered. In the worst-case scenario, Ferraris might have to be tranquillised and brought in from the wild to some sort of conservation area.

Because Nick’s outdoor habitat is a petrol-fuelled motor. And the brakes fail on his normally-balanced-if-sometimes-turbulent arguments when his (and by implicit extension, our, whether we want it or not) inalienable, fundamental, cosmic right to drive to the corner shop for a pint of milk in the pursuit of happiness is threatened with dilution in any way.

Nick Ferrari: Balance on the streets of Dagenham

We should be worried for his future. And he should be seeing it in the wing mirrors. Today, the Department for Transport floated an idea to stop young drivers getting behind the wheel at night – probably just to register the idea in the public consciousness, first of all. Under consideration, that’s all. But Nick’s tyres blew out and his vehicle left the road.

It’s crazy. Don’t they realise people use their cars to drive to and from their work in the middle of the night? Alternative arrangements don’t figure in Nick’s habitat. Key workers are welded to their cars in defence of carefree motoring for all.

He rolls this out every time. Nurses, firefighters and coppers driving endlessly to and from work in the wee hours are his barricade and human shield against anyone who waves the axe at his carburettor. Do we need to do something about the number of accidents? Yes, of course, of course. Unfortunately, though, it can’t be this.

The nurses, firefighters and coppers were out again a few minutes later, figuratively speaking, to deal with Extinction Rebellion and their big boats. Why do the coppers not just nick ’em? Obstructing the highway, you see. If I park my motor in the middle of Croydon High Street, you’ll nick me, right, said Nick, a few times, to an amused but exasperated copper (didn’t ask him if he’d driven to work – talk about a penalty kick).

The Old Bill tried to explain, a few times, that the obstructing the highway was to be balanced with the right to protest. But all Nick can see is throngs of key workers driving to work, or people urgently visiting the dentist at 6am, blocked by a big boat. Some might say it’s disingenuous. But hey, it’s his show.

Jacob Rees-Mogg on LBC: A different grade of blockhead

There are lots of theories about why the dinosaurs went extinct. A big comet is the most popular. But there seems to be consensus that they lost their habitat. It disappeared. That’s how species go extinct. No one could blame a dinosaur for any of it.

When Nick gets on to driving, he’s like a T-Rex staring at an oncoming comet. He knows what’s gonna hit him, but he just can’t shift. It’s distressing to hear.

Anyway, Alex came on the phone. Said where are all these coppers gonna come from to nick the after-hours teenage drivers. Fair point. There’s a hundred of ’em standing there looking at a big blue boat on the Strand. Can’t be in two places at once.

And in a way order was temporarily restored, and the dinosaurs reprieved by default and poor deployment of insufficient officers. But you need to be careful about saving dinosaurs. They won’t thank you and they might eat you.